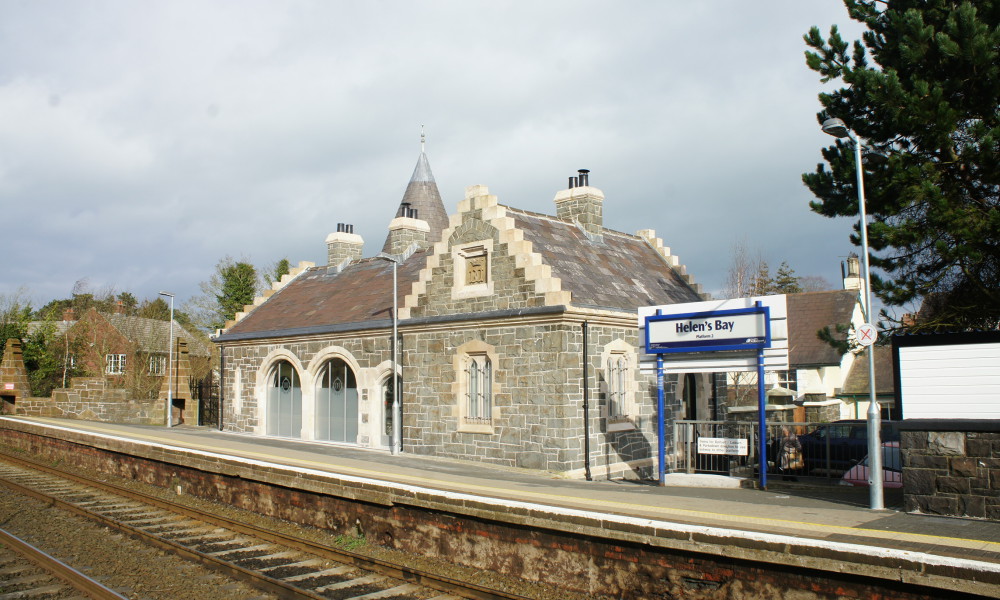 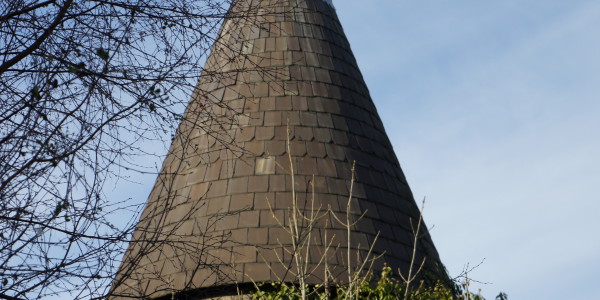 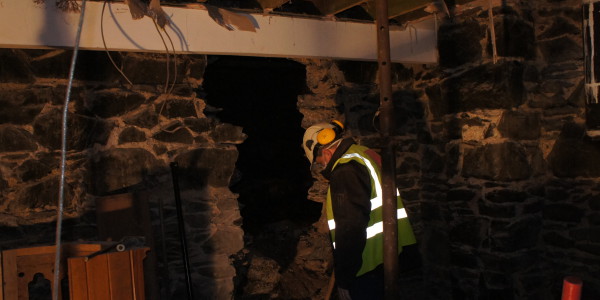 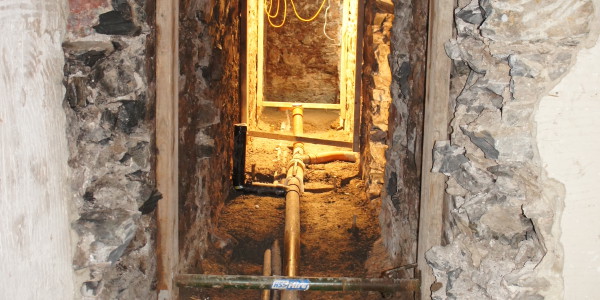 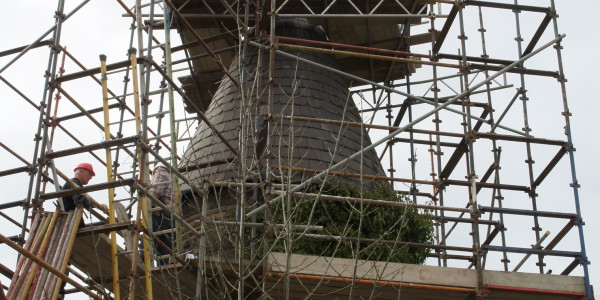 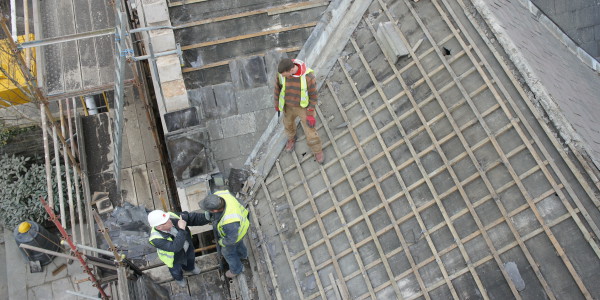 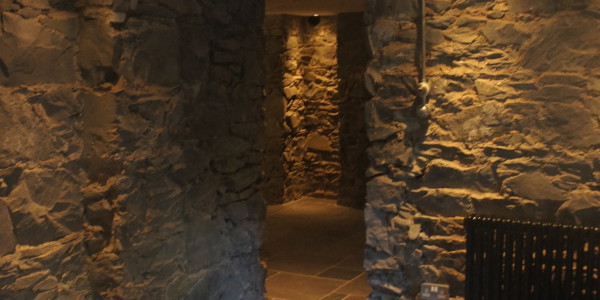 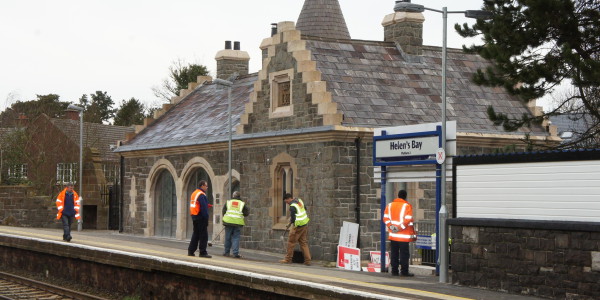 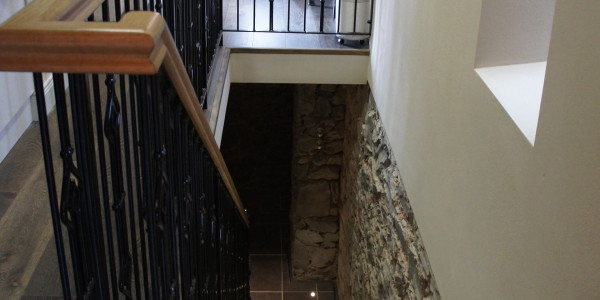 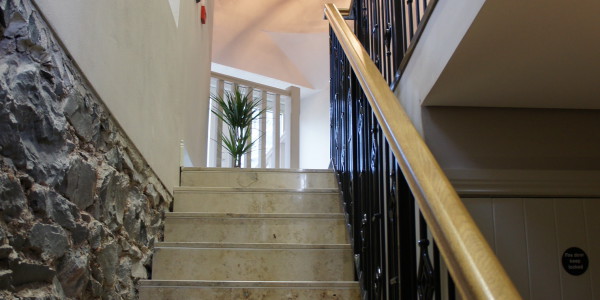 Award winning refurbishment of this Grade A Listed Building.

The transformation of Station House at Helen’s Bay Railway Station has restored a once architecturally beautiful building to its former glory. It is fitting that a building so steeped in history is now the base of history graduate Deborah Harper and her business, Deborah Harper Make-Up and Beauty, in a move that has breathed new life into what was a sad looking building.

Designed by architect Benjamin Ferrey in the Scottish Baronial style, the station was built in 1863 and was the creation of Lord Dufferin, through whose land the railway line was laid. But when it was purchased by Deborah and her father, Noel, it was in a severely derelict state having been left idle for many years. Broken windows and ivy growing throughout were the least of the problems, with a badly damaged roof and a soil- filled ground floor posing major problems, and that was before the damp and fungicide was discovered throughout the building’s thick walls. Laird Contracts were brought in to put their expertise on heritage projects to the test and despite the many challenges the team faced, this labour of love for the client and the contractor has proved all the effort was worthwhile. “The building really was in a dreadful state and most of the 12 months on site was taken up by getting the building into a state that we could actually work in,” explained Jack Tweedie, Managing Director, Laird Contracts. “One of the biggest jobs was excavating the soil from the ground floor and we filled something like 36 skips to dig out the basement.” For Tom Aiken, Foreman, the difficulties of the damp and fungus provided an additional headache. “We had damp in the walls as well as fungus while there was dry rot in the timbers of the roof, which was already in a poor state before we started,” he said. “We had to bring in specialist teams to deal with this issue, such was the extent of the problem.”

With so much effort going into eradicating these issues, Laird Contracts also took a forward-thinking approach to ensure that, as much as possible, these problems wouldn’t return.

“We didn’t see the point in putting in the effort to get rid of these problems if they were going to return,” added Jack. “Perimeter galvanised steel beams ensured that floor joist timbers were kept independent from previously damp external stone walls, while in the basement we installed a pencil drain to take away any water that accumulated on the inside of the vertical tanking membrane.”

Once these problems were removed, the team could get down to recreating this beautiful station and putting it to practical use as a beauty salon.  The stone walls in the basement are a striking feature and had to be sandblasted and repointed with lime plaster. Traditional lime plaster was also used on the walls of the ground floor.  The beautifully restored stonework on the ground floor. The arches under which passengers would have waited patiently for the train have been turned into beautiful feature windows at the front of the building while at the rear underneath the bell tower, Lord Dufferin’s private entrance and waiting room to the station, is now the entrance to the basement treatment rooms via a beautifully restored staircase complete with wrought iron rails and a Portuguese marble floor.

Another striking feature throughout is the authentic looking lighting and light switches, with a varied selection of illumination – ranging from the distinctive chandelier at the bell tower to the modern floor lighting in the basement – used throughout. As the client, Noel Harper, is Managing Director and founder of cable specialists, EJ Harper & Co, that comes as little surprise. “For me, the biggest problem I had was trying to imagine what it would look like when we were finished,” concluded Jack. “It was in such a bad state to begin with that you just couldn’t see how it would all turn out. “But it has come together beautifully and we couldn’t be happier.”

A project to be proud of for Laird Contracts

Providing the balance required to ensure that the Station House in Helen’s Bay can operate as a beauty salon while still maintaining the important heritage aspect of the building proved quite a challenge for main contractor, Laird Contracts, one of the province’s few chartered building companies.  Given that the building was in such a bad state of repair when work began, the company had to utilise all of its wide ranging expertise and past experience of working on heritage projects to even bring it into a workable state. “It is a Grade 1 listed building, so with that comes a lot of restrictions,” explained Managing Director, Jack Tweedie. “We worked to retain as much of the original fabric as we possibly could and, where that wasn’t possible, we had to source as close to the original type of material as possible.” Utilising traditional building techniques, the stonework and plastering was brought back to life while the company also installed single-glazed Crittall windows in keeping with the original.

The roof was also in a bad state of repair but the company managed to retain a lot of the original timber and also spliced new sections into the trusses to provide added strength. Laird Contracts also created a number of new rooms in the basement – a painstaking task that was worth the additional effort. “To begin with, the floor was filled with soil so we had quite a job getting rid of that,” explained Tom Aicken, Site Supervisor. “Once we got down into the basement we had leaning walls and thick walls to contend with, so it was in no way straightforward.”

Laird Contracts created seven new doorways, installing steel buttresses to reinforce the openings along the newly created corridor and returning the stone and plasterwork to its original state.  “As we wanted to retain the original stonework, we had to cut through basically using a crowbar and our bare hands,” added Tom. “It was essential to retain that original character and the fact the basement looks like it has always been there means the hard work was worth it.” The work at Station House became a labour of love for Laird Contracts and they are rightly proud of their work. “Having a client who was so passionate and involved in the project made such a big difference,” said Jack. “The building has such a distinctive character and is in a prominent location, so we are proud of the part we have played in bringing it back to life.”

For Tom, who retires this year, it is one of the projects he will cherish. “Funnily enough, I did learn a lot on this job so it is a nice one to be involved with in my retirement year,” said Tom